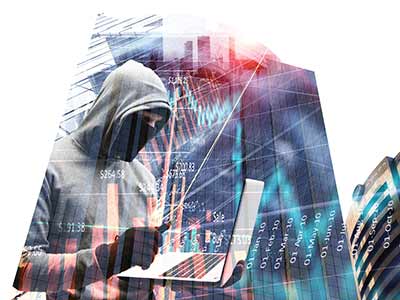 1 – 0 In England Vs World Cup Hackers

It has been reported that the England football team have been briefed before flying out to their World Cup base in St Petersburg about how they and UK fans can avoid falling victim to Russian hackers.

The briefing has been delivered by The National Cyber Security Centre (NCSC), which is part of GCHQ. The advice will focus upon cyber security e.g. for mobile devices and using Wi-Fi connections safely while in Russia.

The same advice has been included in an NCSC blog post that is aimed at anyone travelling to Russia to watch any of the World Cup games, and is entitled Avoid scoring a cyber security own goal this summer.

The NCSC suggests that is it should be read alongside other UK government online advice pages such as the FCO Travel Advice page relating to Russia, and the Be on the Ball: World Cup 2018 pages.

Why this World Cup?

Many security experts and commentators have noted that sporting events have become a real target for cyber criminals and hackers in Russia in recent times. Russia-based security company, Kaspersky, reported seeing spikes in the number of phishing pages during match ticket sales for this year’s World Cup. Kaspersky reported that every time World Cup tickets went on sale, fraudsters and hackers mailed out spam and activated clones of official FIFA pages and sites offering fake giveaways, all claiming to be from partner companies.

Kaspersky says that criminals register domain names combining the words e.g. ‘world,’ ‘world cup,’ ‘FIFA,’ ‘Russia,’ etc, and that if fans look closely they can see that the domains look unnatural and have a non-standard domain extension. The Security Company advises that fans should take a close look at the link in the email or the URL after opening the site to avoid falling victim to scammers.

The general advice from Kaspersky is to give cheap tickets a wide berth, not to buy goods from spammers in the run-up to kickoff (because the goods may not even exist), not to fall for spam about lotteries and giveaways because they may be used for phishing, not to visit dubious sites offering cheap accommodations or plane tickets, and only to watch broadcasts on official FIFA partner websites.

Kaspersky also advises visitors to use a VPN to connect to the Internet, because, in the aftermath of the government’s attempt to block Telegram, popular sites in Russia are either unavailable or unstable.

England team Manager, Gareth Southgate, has noted that the England team players are young people who will look for things to occupy their time while in hotel rooms e.g. playing video games, and using multiple devices such as smartphones, tablets and gaming devices. The fact that technology will play a big part in the England team’s downtime throughout the tournament is the main reason why the FA is taking cyber security so seriously.

It is understood, therefore, that the NCSC has been advising the players on the rules to follow on e.g. which devices they can safely use and where. Also, the devices belonging to players and staff will be thoroughly screened to make sure they have the right security software installed.

Anyone travelling abroad for business or pleasure, particularly to countries where certain cyber security threat levels are known to be high should read the UK government’s advice pages relating to cyber security and hackers while travelling.

In the case of travelling to Russia for the World Cup, some of the measures people can take before travelling are to check which network you will be using and what the costs are, to make sure all software and apps are up to date and antivirus is turned on, to turn on the ability to wipe your phone should it be lost, and to make sure all devices are password protected and use other security features e.g. fingerprint recognition.

On arriving in Russia, the advice is to remember that public and hotel Wi-Fi connections may not be safe and to be very careful about what information you share over these connections e.g. banking. Also, don’t share phones, laptops or USBs with anyone and be cautious with any IT related gifts e.g. USB sticks, and to keep your devices with you at all times if possible rather than leave them unattended.