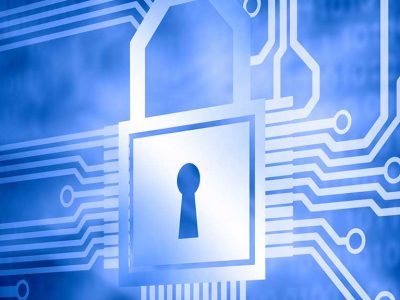 Sixteen months after the Information Commissioners Office (ICO) began its investigation into the Facebook’s sharing the personal details of users with political consulting firm Cambridge Analytica, the ICO has announced that Facebook will be fined £500,000 for data breaches.

The amount of the fine is the maximum that can be imposed under the old Data Protection Act. Although it sounds like a lot, for a corporation valued at around $500 billion, and with $11.97 billion in advertising revenue and $4.98 billion in profit for the past quarter (mostly from mobile advertising), it remains to be seen how much of an effect it will have on Facebook. In fact, Facebook earns the same amount as the fine in around 5 1/2 minutes. Had the ruling come into force under GDPR, the fine could have been a maximum of €20 million.

Facebook has now been given time to respond to the ICO’s verdict before a final decision is made by the ICO.

Facebook have said, however, that it acknowledges that it should have done more to investigate claims about Cambridge Analytica and taken action back in 2015.

Reminder of What Happened

The fine relates to the harvesting of the personal details of 87 million Facebook users without their explicit consent, and the sharing of that personal data with London-based political Consulting Firm Cambridge Analytica, which is alleged to have used that data to target political messages and advertising in the last US presidential election campaign.

Also, harvested Facebook user data was shared with Aggregate IQ, a Data Company which worked with the ‘Vote Leave’ campaign in the run-up to the Brexit Referendum.

The sharing of personal user data with those companies was exposed by former Cambridge Analytica employee and whistleblower Christopher Wylie. The resulting publicity caused public outrage, saw big falls in Facebook’s share value, brought apologies from its founder / owner, and saw insolvency proceedings (back in May) for Cambridge Analytica and its parent SCL Elections.

What About Cambridge Analytica?

Although Facebook has been given a £500,000 fine, Cambridge Analytica no longer exists as a company. The ICO has indicated, however, that it is still considering taking legal action against the company’s directors. If successful, a prosecution of this kind could result in convictions and an unlimited fine.

The ICO is also reported to have written to the UK’s 11 main political parties, asking them to have their data protection practices audited because it is concerned that the parties may have purchased certain information about members of the public from data brokers, who might not have obtained consent.

When this story originally broke, it was a wake-up call about what can happen to the personal data that we trust companies / corporations with, and it undoubtedly damaged trust between Facebook and its users to a degree. It’s a good job that the ICO is there to follow things up on our behalf because, for example, a Reuters/Ipsos survey conducted back in April found that, even after all the publicity surrounding Facebook and Cambridge Analytica scandal, most users remained loyal to the social media giant.

Also, the case has raised questions about how our data is shared and used for political purposes, and how the using and sharing of our data to target messages can influence the outcome of elections, and, therefore, can influence the whole economic and business landscape. This has meant that there has now been a call for the UK government to step-in and introduce a code of practice which should limit how personal information can be used by political campaigns before the next general election.
Facebook has recently been waging a campaign, including heavy television advertising, to convince us that it has changed and is now more focused on protecting our privacy. Unfortunately, this idea has been challenged by the recent ‘Deceived By Design’ report by the government-funded Norwegian Consumer Council, which accused tech giants Microsoft, Facebook and Google of being unethical by leading users into selecting settings that do not actually benefit their privacy.

Globalnet works with businesses throughout London, Essex, Kent and Herts to ensure their data and networks are secure from all threats. Call us on 0203 005 9650 today to find out how we can provide the right protection for you.