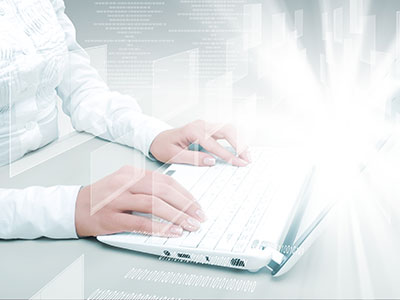 An appeal by the UK Home Office to limit the number of potential claimants from a 2013 data breach has been dismissed on the grounds that an accidentally uploaded spreadsheet exposed the confidential information and personal data of asylum applicants and their family members.

Back in 2013, the Home Office is reported to have uploaded a spreadsheet to their website. The spreadsheet should have simply contained general statistics about the system by which children who have no legal right to remain in the UK are returned to their country of origin (known as ‘the family returns process’).

Unfortunately, this spreadsheet also contained a link to a different downloadable spreadsheet that displayed the actual names of 1,598 lead applicants for asylum or leave to remain. It also contained personal details such as the applicants’ ages, nationality, the stage they had reached in the process and the office that dealt with their case. This information could also potentially be used to infer where they lived.

For those claiming asylum e.g. because of persecution in the home country that they had escaped from, this was clearly a very distressing and worrying situation.

In the court case that followed in June 2016, the Home Office was ordered to pay six claimants a combined total of £39,500 for the misuse of private information and breaches of the Data Protection Act (“DPA”). The defendants conceded that their actions amounted to a misuse of private information (“MPI”) and breaches of the DPA.

The Home Office did, however, lodge an appeal in an apparent attempt to limit the number of other potential claims for damages.

The appeal by the Home Office was dismissed by the three Appeal Court judges, and meant that both the named applicants and their wives (if proof of ‘distress’ could be shown) could sue for both the common law and statutory torts. This was because the judges said that the processing of data in the name of claimant about his family members was just as much the processing of their personal data as his, therefore, meaning that their personal and confidential information had also been misused.

Not The First Time

The Home Office appears to have been the subject similar incidents in the past. For example, back in January the Home Office paid £15,500 in compensation after admitting handing over sensitive information about an asylum seeker to the government of his Middle East home country, thereby possibly endangering his life and that of his family.

The handling of the ‘Windrush’ cases, which has recently made the headlines, has also raised questions about the quality of decision-making and the processes in place when it comes to matters of immigration.

In this case, it is possible that those individuals whose personal details were exposed would have experienced distress, and that the safety of them and their families could have been compromised as well as their privacy. This story indicates the importance of organisations and businesses being able to correctly and securely handle the personal data of service users, clients and other stakeholders. This is particularly relevant since the introduction of GDPR.

It is tempting to say that this case illustrates that no organisation is above the law when it comes to data protection. However, it was announced in April that the Home Office will be granted data protection exemptions via a new data protection bill. The exemptions could deprive applicants of a reliable means of obtaining files about themselves from the department through ‘subject access requests’. It has also been claimed that the new bill will mean that data could be shared secretly between public services, such as the NHS, and the Home Office, more easily. Some critics have said that the bill effectively exempts immigration matters from data protection. If this is so, it goes against the principles of accountability and transparency that GDPR is based upon. It remains to be seen how this bill will progress and be challenged.