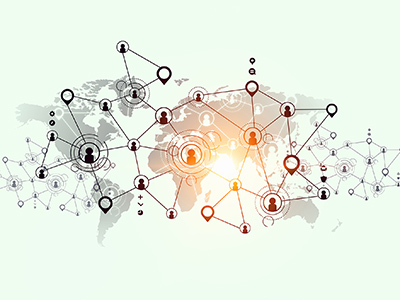 While Apple Inc has had good news that it will not face traded tariffs on its iPhones assembled in China, Intel Corp may need to shift its assembly work away from China to avoid a big revenue hit.

President Donald Trump’s administration’s focus on putting America first, its accusations that China has been unfairly benefiting from a trade imbalance with the US for years, and its plans to impose 25% tariffs on $50bn worth of Chinese goods (with the threat of an additional $200bn / £151bn of tariffs) have caused many companies that have a Chinese link in their production chain to fear being hit with tariffs along the way.

Tech giant Apple Inc, for example, has its iPhones assembled in China, and has, therefore, feared for some time that its phones would be hit by tariffs when being brought back into the US after assembly. This would, of course, mean a potentially large increase in costs, and possibly the need to re-organise production.

It has been reported, however, that Apple Inc Chief Executive Tim Cook travelled to the White House last month, and was reassured by Mr Trump that US government would not levy tariffs on iPhones assembled in China.

Intel Not So Lucky

Unfortunately for chip maker Intel Corp the news has not been so good. Although chips were not a main target in the initial list of targeted goods released in April, U.S. trade officials have released a new tariff list of 284 products worth $16 billion that includes the processor and memory chips that are the ‘core’ of Intel’s business.

If there is no revision or change of heart by the US government over this new list, Intel may need to seriously consider shifting its production strategies to avoid putting its $12.5 billion revenue from the United States that is at risk. This could mean that, rather than sending chips to China for low-level assembly work and then bringing them back to be put into devices manufactured in the United States (which would attract a tariff), Intel may need to spread all aspects of production and assembly among its US and other tariff-safe plants.

Also, many of Intel’s customers, large computer brands or contract manufacturers who work Intel’s behalf are legally based in China because that is where most electronics are built. A tariff trade war with China would, therefore, be bad news for Intel, which made $14.8 billion from China revenue in 2017.

The tariff-based trade war that seems to be escalating between the US and this has fuelled fears that there could be a significant negative impact on the U.S. technology sector. When news of the tariffs on chips was announced, investor concerns meant that Intel shares dropped 3.4 percent to $53.22. Economists have noted that this kind of tariff war could mean that US consumers will have to pay higher prices for technology products, and this could actually hurt some of the businesses that Mr Trump’s administration says that it is trying to protect.

EU countries have also been hit with US tariffs on steel and aluminium, and have responded by producing a 10-page list of tariffs on US goods as part of a ‘re-balancing action’.