A recent comparison of 163 million broadband speed tests across 200 countries shows that the UK has slipped from 31st to 35th place in the global average broadband speed league tables.

This latest result means that, even though average broadband speeds in the UK have risen in the past year and, at 18.5Mbps, are above the global average, the UK is now lagging behind 25 other European countries.

Although the UK’s broadband ranking is now actually above 165 other countries, it is still in the bottom third of EU member states.

Globally, Singapore tops the average broadband speed table with 60 Mbps. In Europe, the Scandinavian countries are top of the broadband league with Sweden at 46Mbps, Denmark at 43.9Mbps, and Norway at 40.1Mbps.

To give some idea of the gulf between broadband speeds at the top and bottom of the table, the lowest average broadband speeds can be found in Yemen (0.3Mbps), East Timor (0.49Mbps), and Turkmenistan (0.56Mbps).

Why The UK Fall In The Broadband Rankings?

It is widely believed that the UK is starting to drop further behind many of its European neighbours in average broadband speeds because it has been too late in embracing a full-fibre solution – FTTP (fibre to the premises). Many critics have pointed to UK broadband infrastructure provider Openreach shying away from FTTP because of the perceived costs and level of difficulty of large-scale rollouts.

At present, many UK homes and businesses, therefore, have to rely on the slower FTTC (fibre to the cabinet) alternative, which uses copper wires to carry broadband from street cabinets to homes. 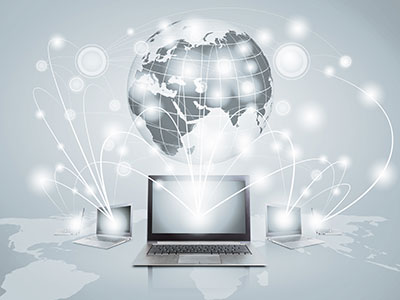 Back in November 2016, partly because of its slowness to move to super-fast broadband but mainly because of a perceived monopoly, BT-owned Openreach was ordered by Ofcom to become a legally separate entity.

As well as Openreach’s competitors such as Hyperoptic moving forward with plans to offer FTTP to 2 million urban premises by 2022, the UK government has also recently updated its plans to bring FTTC to the UK. For example, the UK government’s National Infrastructure Commission (Nic) is now pushing for FTTC to be deployed around the UK by 2033, and hopefully, to be available to 15 million homes by 2025.

At the end of last year, the UK government announced that six regions of the UK would host trials of full fibre broadband for businesses, schools and hospitals as part of a £200m scheme by the Department for Digital, Culture, Media & Sport (DCMS). The regions are Aberdeen and Aberdeenshire, West Sussex, Coventry and Warwickshire, Bristol and Bath & North East Somerset, West Yorkshire and Greater Manchester.

This latest drop down the table of average broadband speeds is bad news, but not a surprise for UK businesses. Broadband is now an essential service for business, and businesses know from their own experience that broadband services in the UK can sometimes be slow, patchy, and often expensive. A recent survey by watchdog ‘Which?’, for example, revealed that more than half of UK customers across 12 providers, are having problems with their broadband service or price.

At the moment, better broadband services, particularly for businesses in rural locations, still seem a very long way off as the reality is that the UK ranks only 35th in the world for average broadband speeds, and we may only actually have 7% full fibre coverage by 2020, with full coverage unlikely for another 15 years. This could affect the competitiveness of UK companies compared to their European neighbours and other global competitors for a long time to come.

Globalnet is a managed servicer provider for a wide range of businesses throughout London, Essex, Kent and Herts. Call us on 0203 005 9650 today to find out how we can improve your IT infrastructure and increase productivity.

Globalnet aims to be an integral part of your success, providing the best business advice, superior IT support and technology to help you reach your goals. Find out how we can improve your broadband speed.